Logmore Test Flight: What Happens to a Drone During Flight

This time we're doing something completely different. The first official demo test flight of a Logmore QR tag ever took place on last weekend. A combination of business and pleasure, the flight provided us some practical data on how drones fit short-range logistics.
Blog 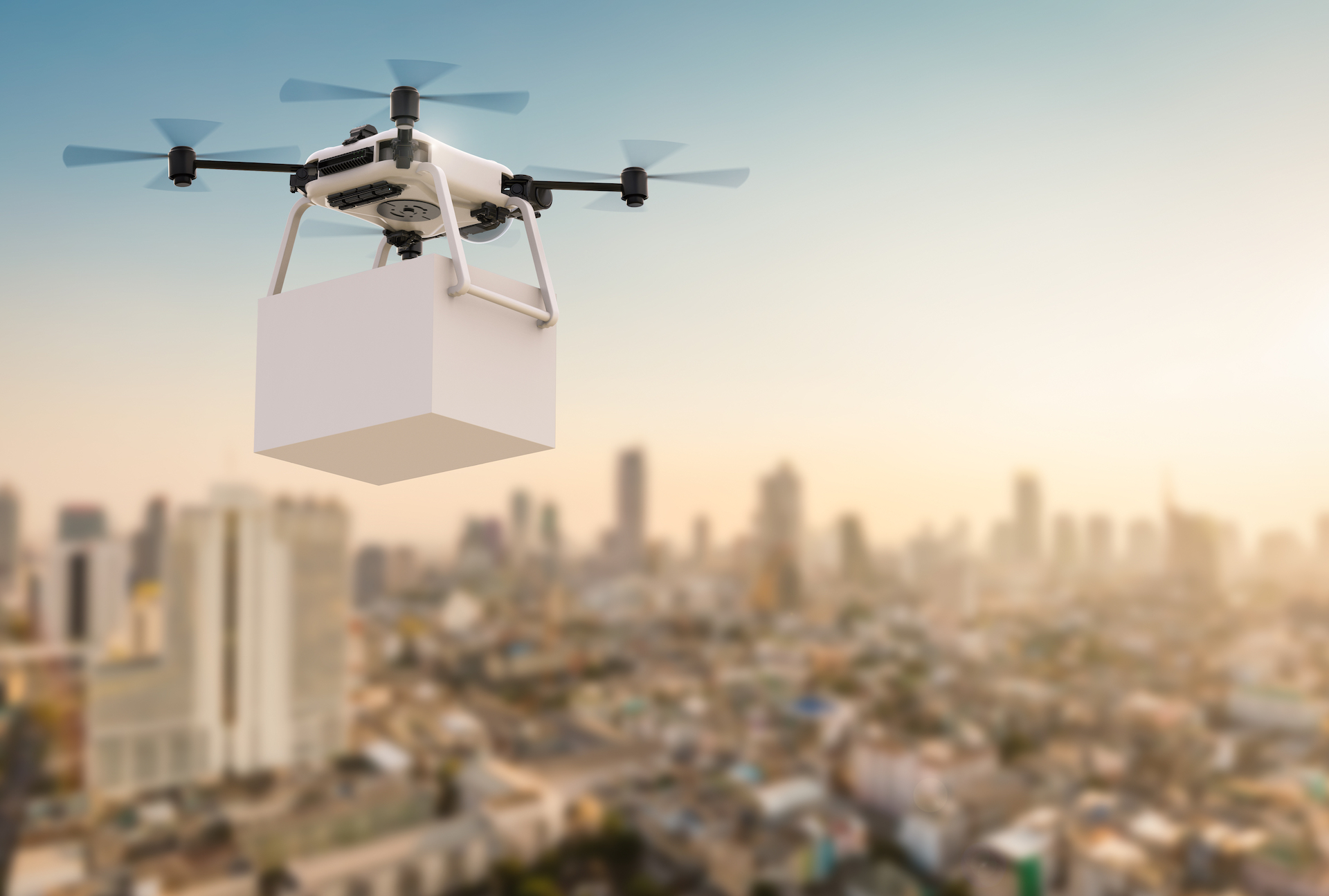 It's weekend. You want to try out something different, so you take a homemade drone for a flight.

When you work at a startup, it's difficult to completely detach yourself from work. Not that it would be an issue, since you like your job and learning new things. So, you find a way to incorporate work into fun, off-work activities and vice versa. In this case, I ended up sticking a Logmore Three logger to the drone, just to see how conditions change when you go 50 meters high.

I chose to use rather minimalistic monitoring settings: only shocks/acceleration and temperature on a very short interval of 2 minutes. Simple enough, tag onto the drone and up they go. While we at Logmore usually refer to the acceleration sensor as the shock sensor due to common use cases, the function for used for actual acceleration monitoring. Despite the pilot's tricks, we managed to avoid any drastic shocks, even in the (highly successful) landing.

The weather forecast was promising: intermittent clouds but no rain or strong winds. Since the weather conditions seemed ideal for flying, we set aside an hour for the test flight.

The drone used for the flight was a custom quadcopter, handmade by its pilot.

Such an epic undertaking would certainly warrant an epic name, so we ended up naming the flight mission "Fly high, Icarus" after the Greek myth. Unlike the namesake, this one fortunately avoided the same fate of flying too high and crashing down to its doom.

The test flight mission got extremely simple settings: 2 minute measurement interval for temperature measurements and 2g threshold for any recorded shocks or accelerations.

Unfortunately the weather turned bad quickly and we were forced to stop the test flight ahead of schedule. If nothing else, the thick clouds were sure to save the drone from flying up too close to the sun.

On the positive side, the half an hour of acceptable flying weather we had was more than enough to provide insight on what sort of conditions a drone goes through during flight. Perhaps we will make another test flight in the future! We're sure not to be the only ones, and the data gathered by monitoring devices like our own are bound to provide the companies.

A peek at the data

Although the flight mission was cut short by the sudden change in weather, we got a surprising amount of data from it.

Starting with the immediate data gained upon closer inspection, the flight managed to trigger three alerts. All of them were shocks, as the temperature stayed above 10 degrees Celsius throughout the day. Obviously 50 meters wasn't enough for a meaningful decrease in temperature after all.

While the temperature sensor got off easy, the same cannot be said about the acceleration sensor. A single minute could have over 20 measurements, which amounts to more than one measurement every seconds. Looking at the data, it's easy to notice where the pilot decided to do flips and rolls: the shock alerts make it clear, and the smaller tricks can be recognized from the smaller spikes in the data.

Now that we know some basics on drone conditions and their measurability, let's throw in a bit of business considerations as well.

How will businesses use drones?

Amazon has actually already started experimenting with using drones to deliver small packages to customers. The drones in question are completely self-manned, and they’ll be able to touch down in under 30 minutes with ordered products. Our half-an-hour demo flight lasted just the right time, didn't it?

Drones could even revolutionise things inside the warehouse as they fly around scanning SKUs and cutting inventory based workloads for human workers. Walmart is experimenting with this, and it's believed that warehouse drones could do in one hour what it would take 50 human workers.

Uber is also keen to start using drones. While they initially made their mark by hiring almost anyone with a car to deliver people and now goods, that could soon change, at least for Uber Eats. Uber plans to launch this service sometime in 2021, and they’ve reportedly already started looking for a delivery manager for their drone service.

A drone might even save your life. A university in Mississippi is working on an EMS project which could deliver emergency medical supplies to remote locations via drone. Medical experts could even use the device’s on-board camera to evaluate patients while delivering survival kits.

What challenges do drones face?

No technology, no matter how good, is without its problems. Drones are no different, and there are some serious issues to address here. For starters, safety is a big concern for many people, and most delivery drones will likely be equipped with extra equipment like GPS or motors that will kick in if primary systems fail.

Another big problem for drones is going to be theft and damage. HitchBot made it just 2 weeks hitchhiking across America before it was put out of commission by vandals. Drones aren’t cheap, and delivery services will need to find a way to track them that can’t be disabled. For a skilled thief or vandal it can also be surprisingly easy to hack drones for now, making it even easier for them to steal packages. Someone taking control of the machine mid-flight could present a serious problem for consumers and businesses.

However, the biggest probable challenge for drones is the clearest use case for them, the “last mile” of delivery. Remotely landing a package safely with a drone is harder than it sounds, and different teams have tried everything from parachutes to using lamp posts as “base stations” to receive packages.

While this would likely require a human helper to make the package’s final journey, it does solve many problems which delivery drones will have like increasing their flight time and having a place to land in inclement weather.

Once these challenges are solved, drones can offer greater productivity, reduced labour costs, more accurate inventory management and faster delivery times to the logistics industry. While some of this may still be a few years away, it's an exciting opportunity for the despite the challenges that drones still face. 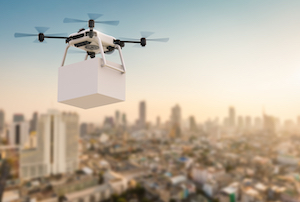 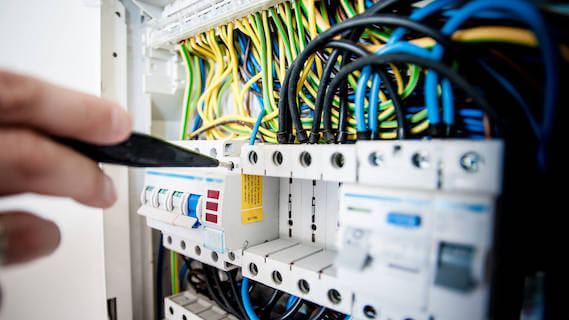 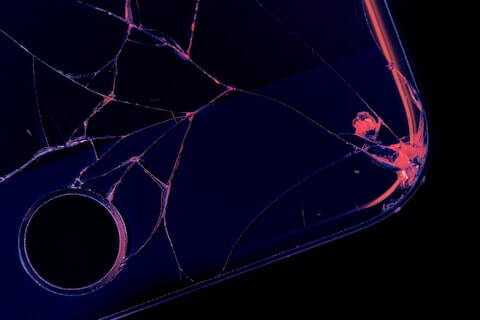 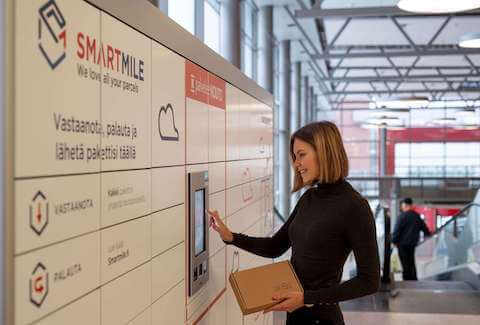